After the inquiry we sent all the students a survey over email using Forms (also Office 365), offering entry into a small prize draw to incentivise completion. It was the last week of the summer term, so unfortunately the response rate was just 24% (9/38 students), however it was a good cross-section of the groups involved and a range of opinions were represented. The feedback was overwhelmingly positive, with most students finding the inquiry interesting and agreeing that the skills they learnt during the process were important. In general they found the OneNote document useful for collaboration, although 2 of the 9 found it difficult to find all the information they needed. In retrospect I think it may have been over-complicated and if we did this again I would work on streamlining it. 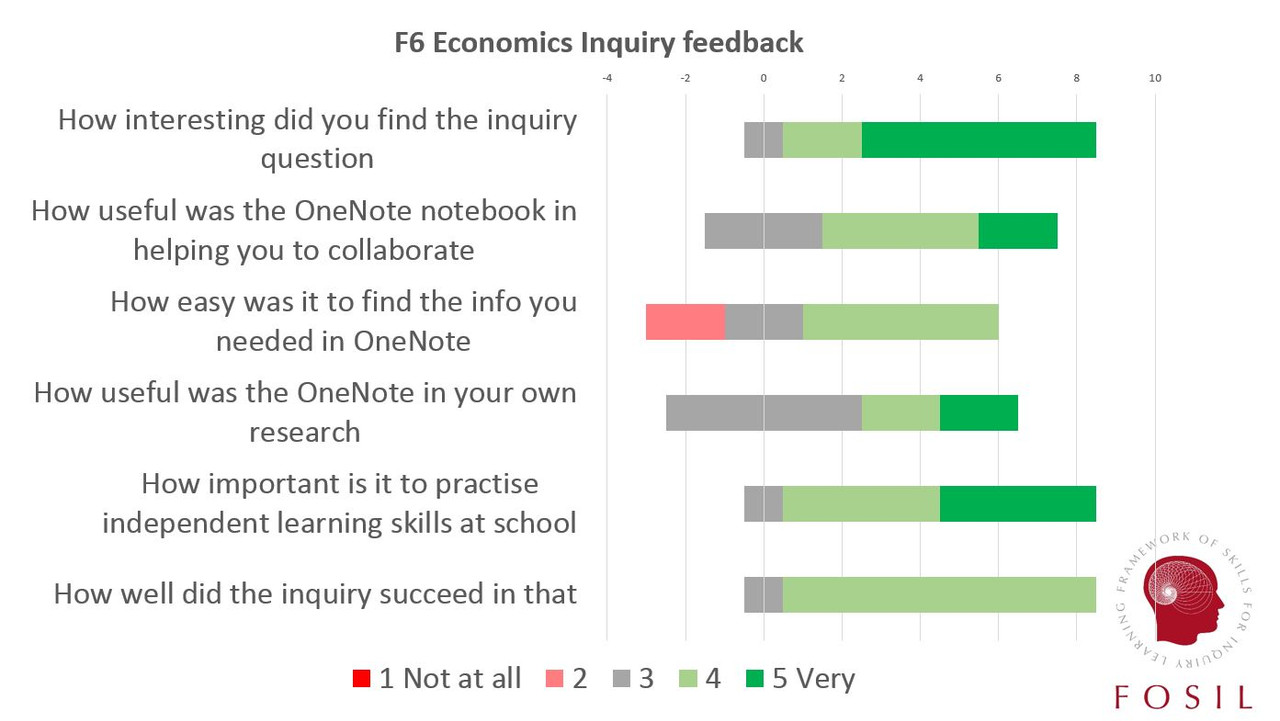 The image below shows the answers to the two questions “How well do you think you understood the topics your group/other groups presented, compared with topics your teacher has taught in a more traditional manner?”. It is a striking endorsement of inquiry learning that most students felt that they understood the topic that they had investigated better (or at least no worse) than if they had been taught it in a traditional manner. They were generally less certain about topics that other groups had investigated and presented back to them, and clearly if this were to become a regular feature of their lessons we would need to work on strengthening this aspect. 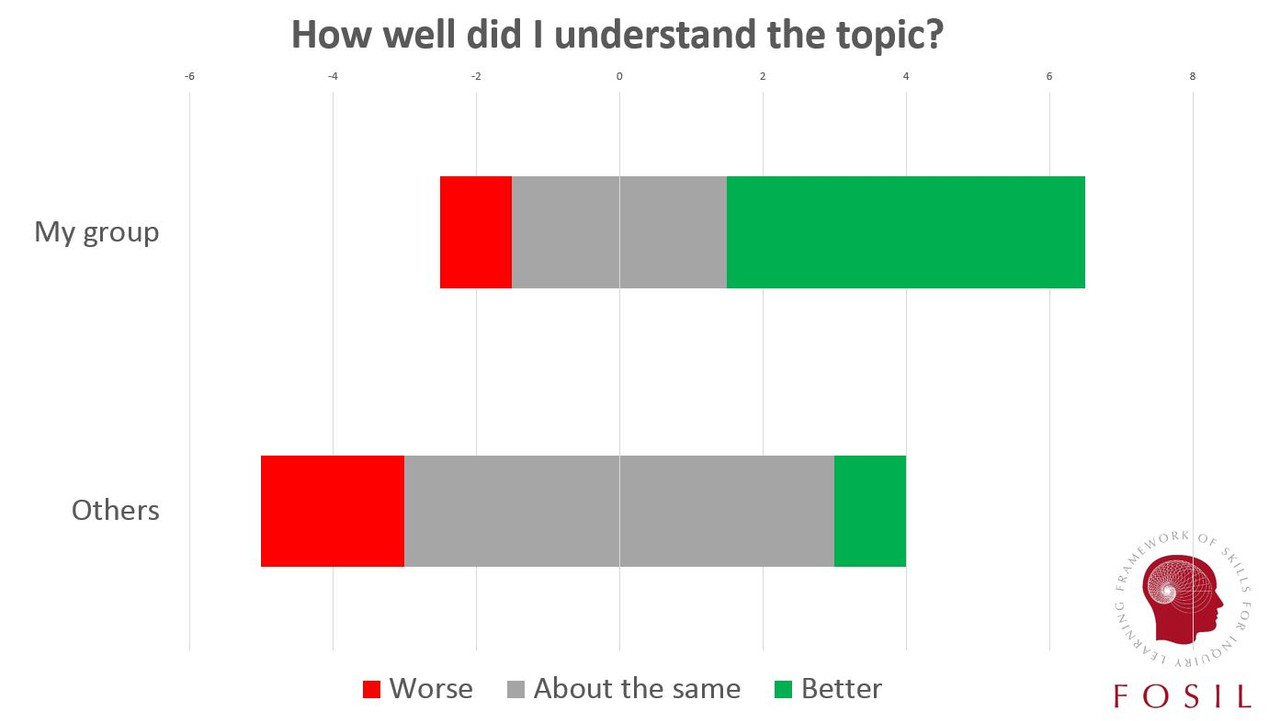 The slides above were part of a larger presentation on inquiry learning at a TeachMeet in January 2019, and it was so valuable to have concrete feedback to share. I would definitely use Forms in this way again in the future.