This was an exciting inquiry to be involved in because it ran for a substantial period of time – eight 50 minute lessons spread over 2 weeks, for five different groups – and because we were heavily involved in team teaching, with the English teachers taking the lead in some lessons and the library staff in others. As Lucy mentioned, the resources evolved during the inquiry which allowed us to be much more responsive to students’ and teachers’ needs than if we had produced a booklet in advance. It increased the pressure though! Substantial reflection was built into the inquiry which, while being a very valuable exercise for the students, also gave us excellent, instant feedback on the students’ experiences. Students and staff were very positive about the inquiry, feeling that the structure had helped the students to slow down and use what they had learnt in their English lessons over the first half term in their own creative writing. The peer-review and redrafting process was also seen as very valuable for most, with comments such as “[b]ecause you can see what other people think because you write books for other people“. A summary of some of the most interesting comments (produced as part of a TeachMeet presentation on inquiry learning) is shown below. 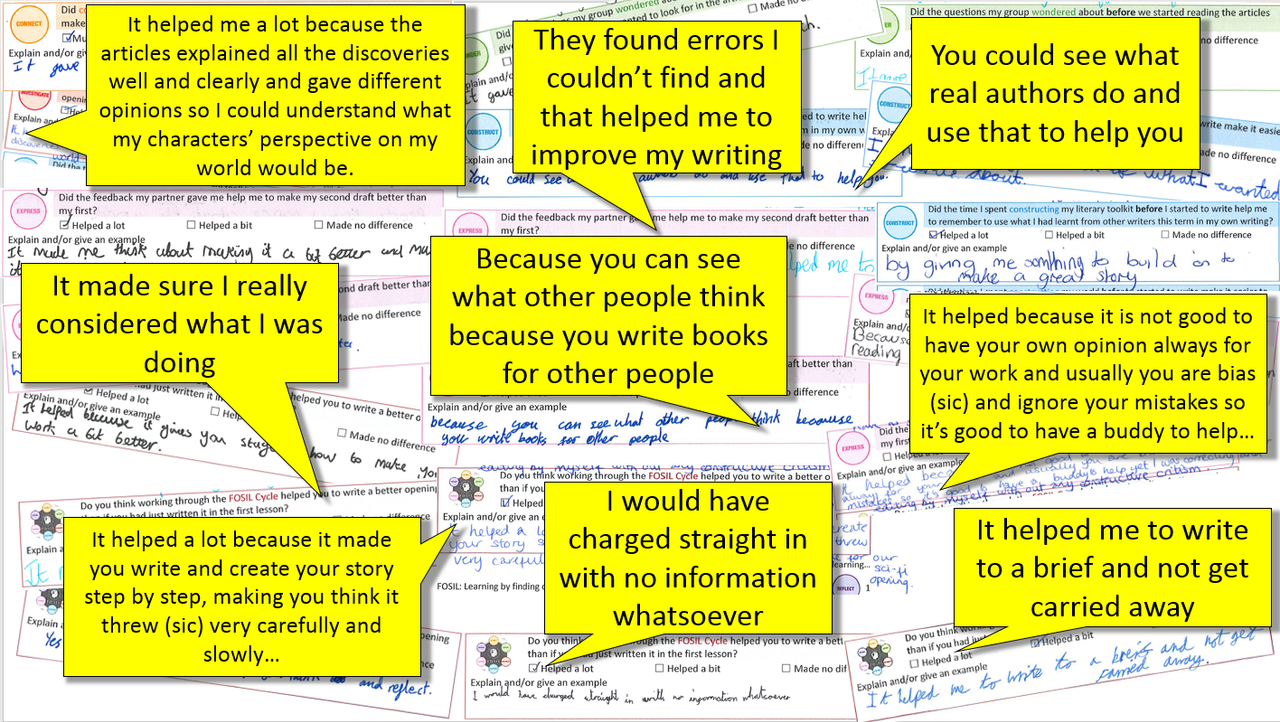 The final set of resources for this inquiry have been put together into a workbook, which can be found here.