Apologies for the delay, but I am working around some constraints in the mapping software.

From the perspective of FOSIL, the Approaches to learning (ATL) skills present 3 problems.

The first is that the ATL skills are grouped logically into categories and clusters (see Figure 1 below), but not logically according to stages in the inquiry process, such as FOSIL (see Figure 2 below and attached as an A3 poster). 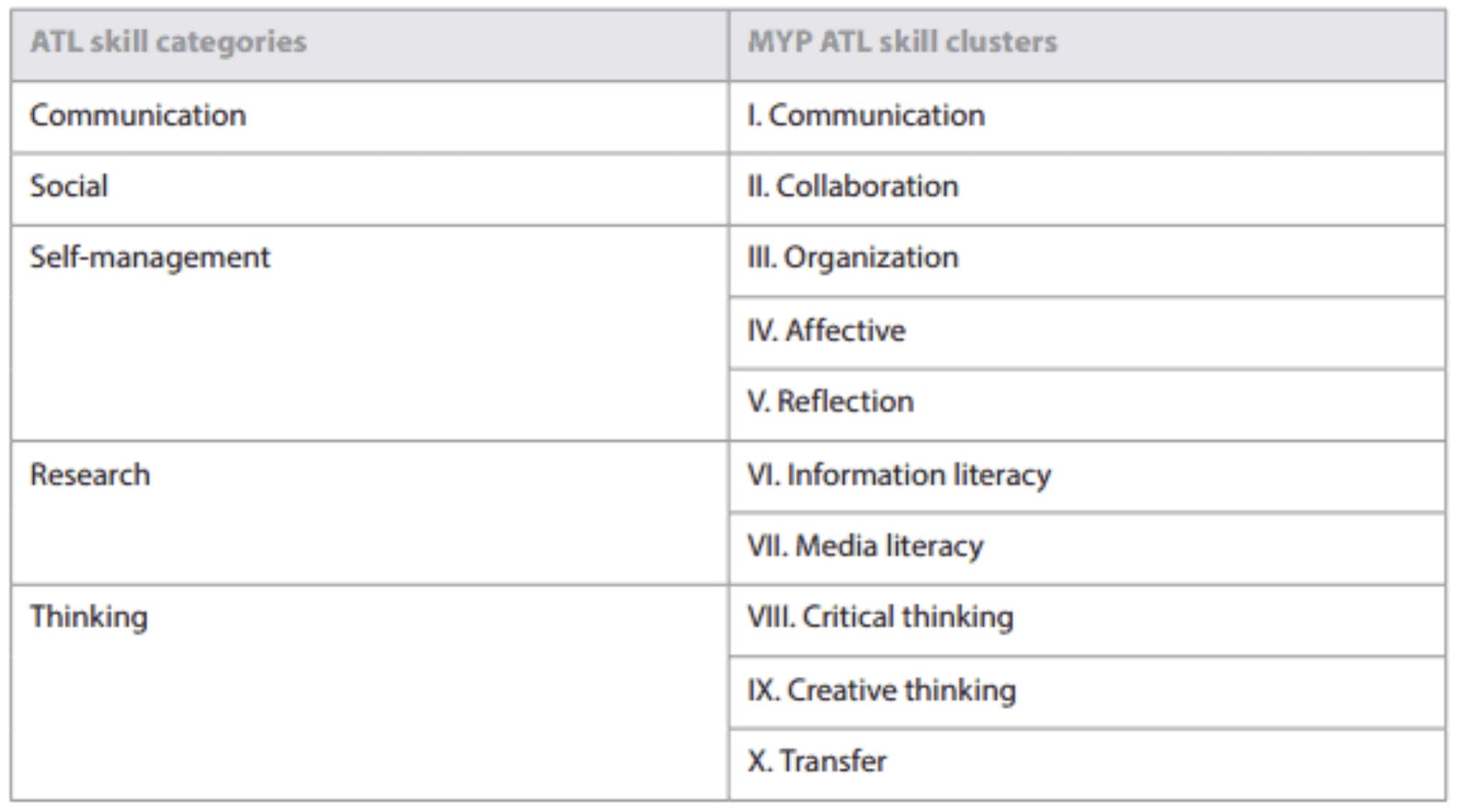 It is worth pausing to clear up a misconception at this point. Inquiry is an approach to learning (hence the MYP Approaches to learning) and teaching (hence the MYP Approaches to teaching). FOSIL is both a model/ framework of the inquiry process and a framework/ continuum of the inquiry-learning skills that enable the stages of the inquiry process. FOSIL is, therefore, an approach to learning and teaching, and so encompasses  all of the ATL skill clusters / categories. The misconception is that inquiry, and by association FOSIL, is the same as research, and is, therefore, reduced to the Research ATL skill category, which only involves the Information Literacy and Media Literacy ATL skill clusters. The IB recognizes this – Ideal libraries: a guide for school (IBO, 2018, p. 9), citing Callison (2015) and Levitov (2016), states that “inquiry is more expansive than research, and facilitating it requires expertise beyond research methods”. This echoes the IFLA School Library Guidelines (2015), which identify developing media and information literacy (MIL) skills within the inquiry process as core instructional activities of the school librarian. From the perspective of FOSIL, it is more accurate to think of research as Investigate, with elements of Express and Construct.

Secondly, the 140 ATL skills listed in the IB documentation is not meant to be prescriptive, and schools may use their own framework of skills provided that they cover all of the ATL skill clusters/ categories. This is a tall order, though, and it is more likely that schools will view the list of 140 ATL skills as canonical and end up treating them as peripheral, rather than integral, to the inquiry process. By contrast, the inquiry-learning skills that make up the continuum of inquiry-learning skills that FOSIL is based on (see Figure 3 and 4 below, for example, both of which are attached as A3 posters) are integral to the inquiry process. This  continuum of inquiry-learning skills – stretching from PK (Reception) to Grade 12 (Year 13) – was developed by Barbara Stripling in 2009, endorsed by New York State in 2012 as the Empire State Information Fluency Continuum, and reimagined in 2019 “to adapt to the changing information, education, and technology environments, as well as the increasing diversity in our student populations”. 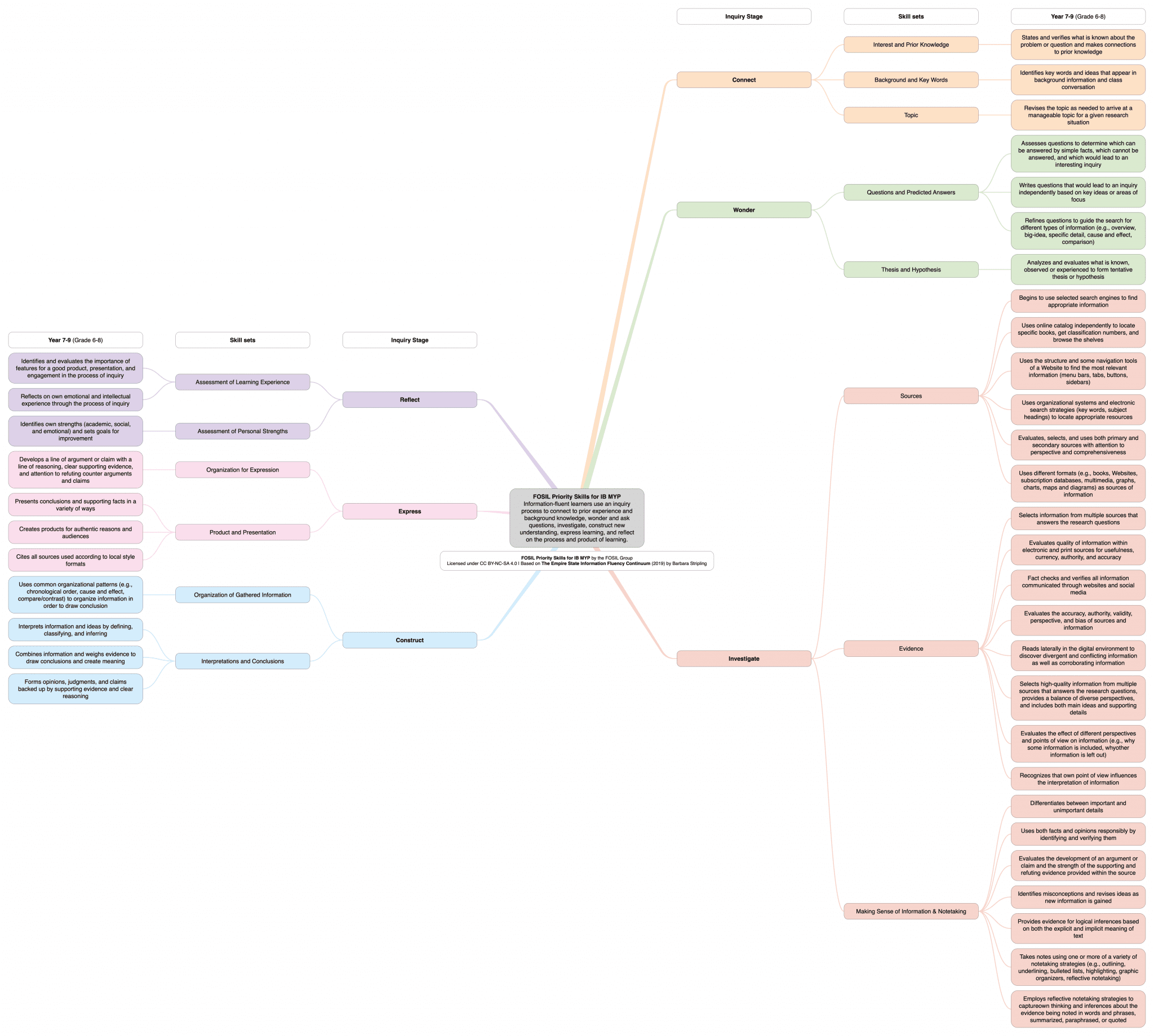 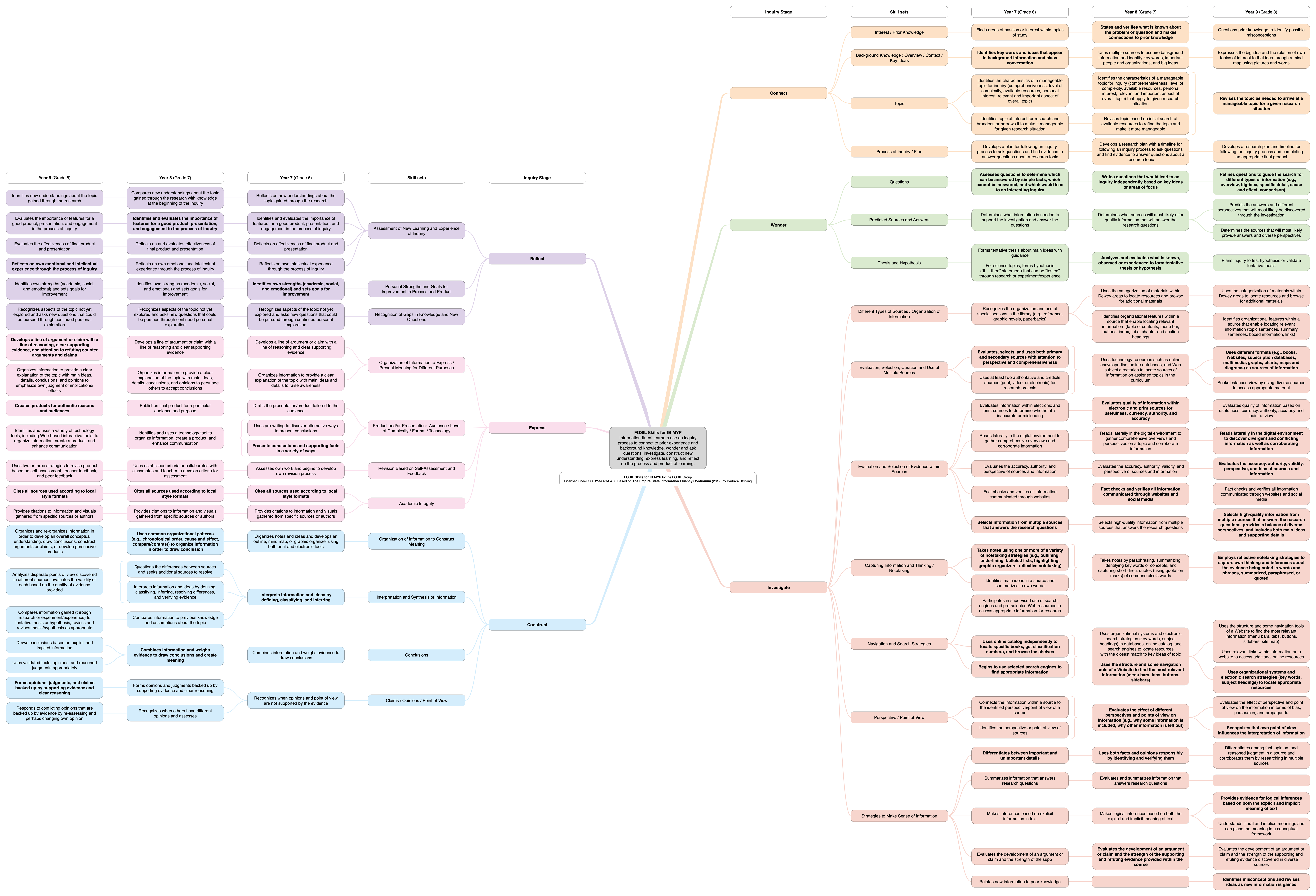 Thirdly, there is the question of proficiency / competence. MYP: From principles into practice (IBO, 2017, p. 107) states:

While this fine for assessing competence / proficiency in any given ATL at any given point, it presents practical difficulties for the teaching of the ATL skills in a systematic and progressive way. There are two reasons for this. Firstly, some of the ATL skills are actually skill sets, or complexes of skills (see, for example, Figures 5 and 6 below). Secondly, there is no sense of how a given ATL skill, or complex of skills, develops over the course of the MYP (see, for example, Figures 5 and 6 below), or even over the course of a single year.

For example, the ‘single’ ATL skill of “locating, organizing, analysing, evaluating, synthesizing and ethically using information from a variety of sources and media (including digital social media and online networks)” (see Figure 5 below) is actually a [very] complex of skills/ skill sets, which are mainly located in part of the Investigate stage of FOSIL (see Figure 6 below), although there are also elements of Construct and Express included for good measure! 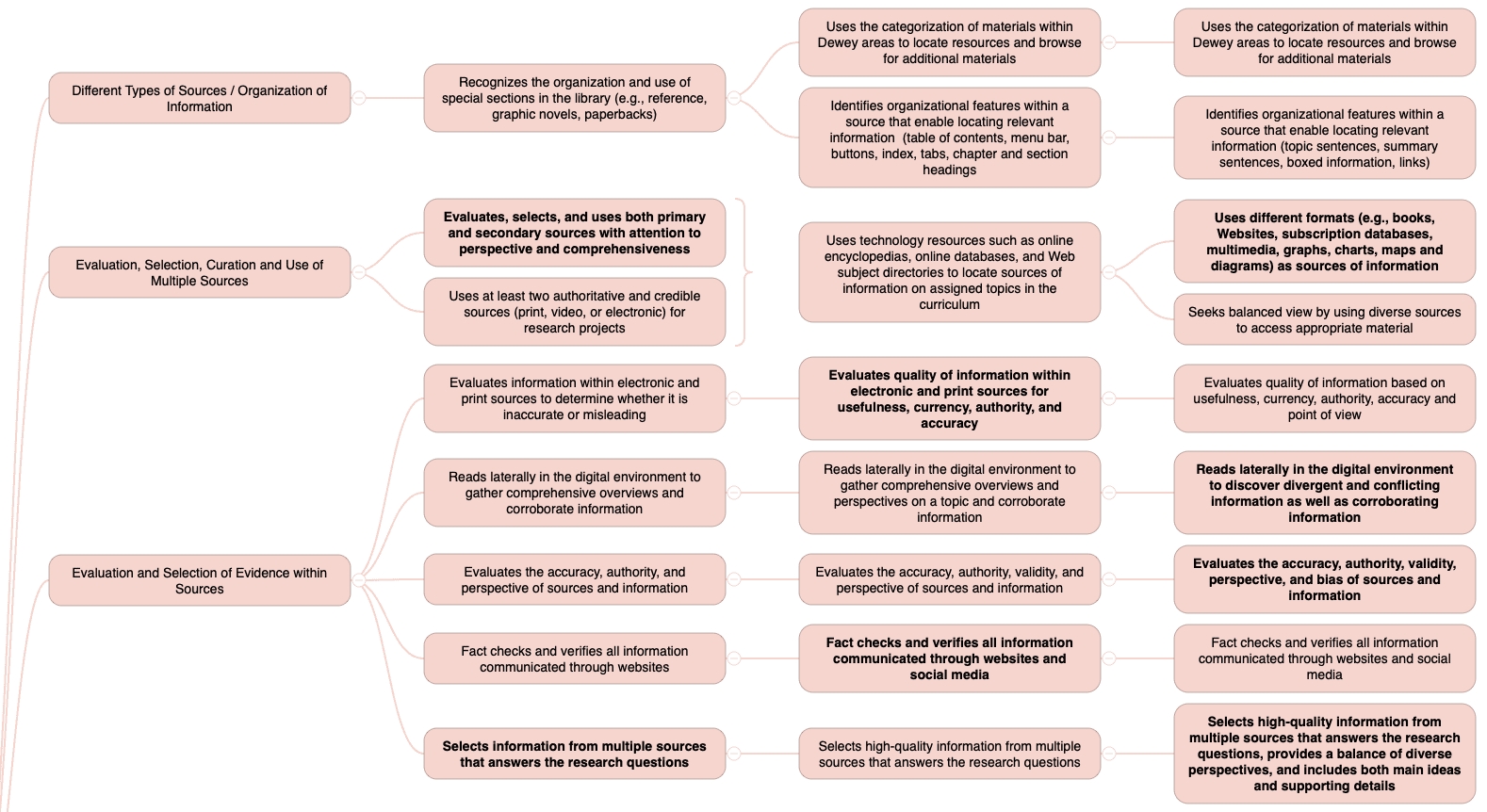 I will develop this post further with a practical example drawn from our Year 9 FOSIL Inquiry Skills Project and Year 9 Individual Project (which are instructive for Grade 6  (Year 7) and Grade 11  (Year 12), and the mapping of the MYP ATL skills to the FOSIL skill sets.