Reply To: FOSIL and the Extended Project Qualification (EPQ)

We moved schools (and countries) over the summer and are now at Blanchelande College on Guernsey. An exciting learning opportunity this move has brought is the chance to develop EPQ provision from two perspectives as I have been appointed both a Librarian and the EPQ Co-ordinator. Blanchelande is not an IB school so I am no longer involved with the Extended Essay, but the school has a very new sixth form so I have the opportunity to design the EPQ provision from scratch, building on my experiences with independent inquiry in the EE and with starting to support Chris with the EPQ at Oakham. I am very aware that the EPQ has some very significant differences in structure and delivery to the EE so have been reading and attending as much training as I can. AQA run some excellent free courses, but only allow one person to attend from each centre per exam session, so being a brand new co-ordinator it has made sense for me to attend.

I’m painfully aware that there is only so far that reading and courses can get me, so I’m going to post as much as I can of my journey here in the hope of drawing on the wisdom of those of you who already have considerable experience in supporting the EPQ as Librarians, Supervisors, Co-ordinators or some combination of all three. Here are some of my initial thoughts:

Understanding which inquiry stage each student was stuck at both helped me to unstick them AND gave me ideas about how to plan the Year 12 course to pre-empt some of these issues next year. I’d love to hear where your students tend to get stuck and how you help them. 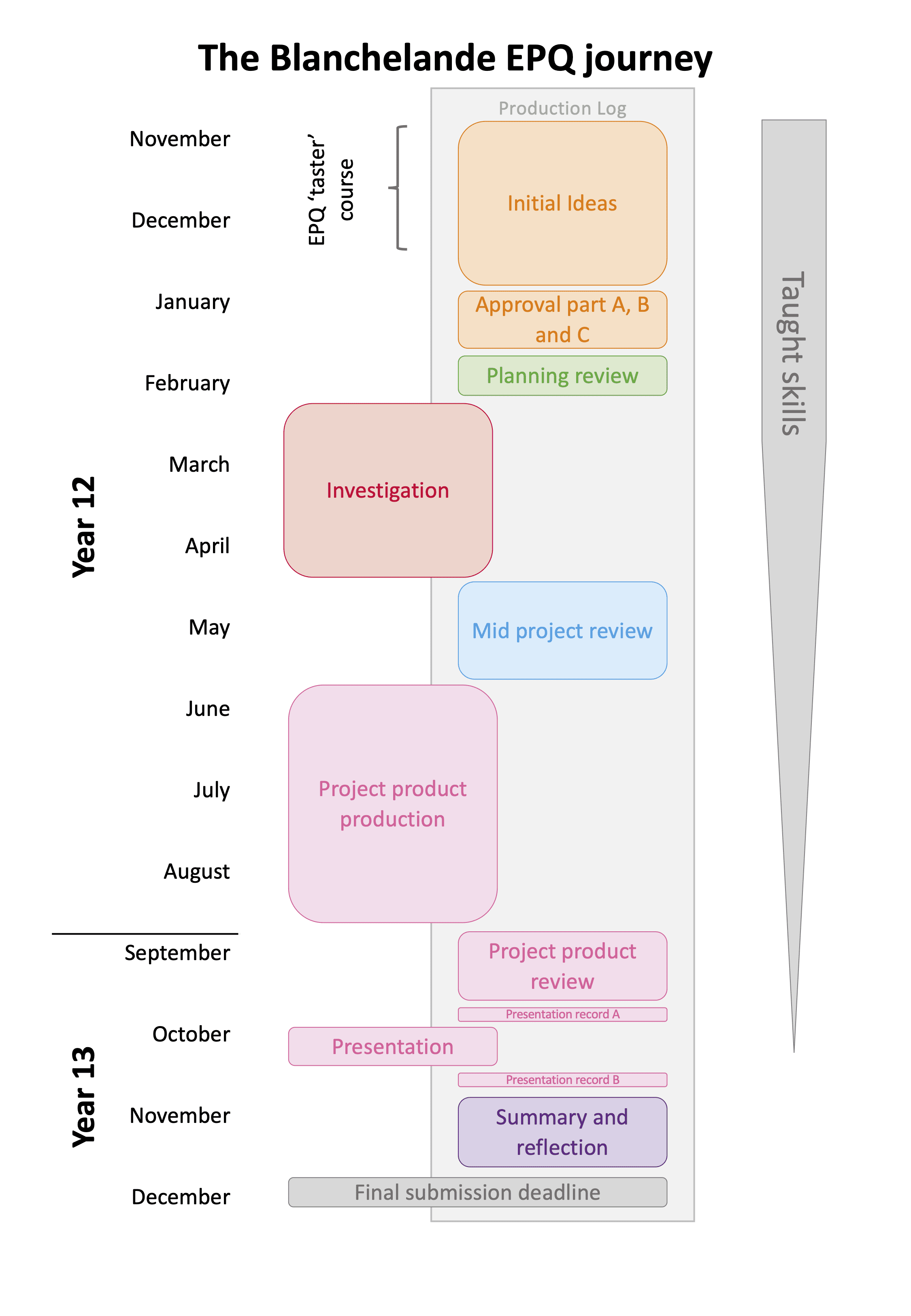 The introductory session with eight students went really well this week, and they began brainstorming ideas and interests to make a start towards a topic. I’m out of time this week, but will post how I’m getting on as I go along. Next week as well as the regular Year 12 activity I need to check in with Year 13 (as I’m supervising all 5 of them) AND I’ve got a ½ hour ‘lecture stye’ session with 50 Year 11s to introduce the idea of the EPQ to them as part of a sixth form taster day….. I’d love to hear any ideas for ‘activities’ that might work with groups of 50 in a hall as I don’t really want to just talk at them for half an hour, and I want them to come away really excited about the idea of an EPQ